LOST, a show we have been watching for five years now, ended last night. We got hooked on LOST after our friends Justin and Shelley loaned us Season 1 on DVD shortly after it came out. I remember watching Season 1 just about non-stop. I think we finished it in less than 3 days.We have been loyal fans ever since then. We have anxiously awaited each season and we have loved every minute of it, that is until last night. I am not sure what we expected, but the show ended and we were left with a feeling of dissatisfaction and disbelief. I don't want to get into specifics because it is too overwhelming for one, and two, I have thought about it for too long already. It was just a television show!
This season however Tuesday evenings became more than just a night watching a television show. We grew closer and closer to our friends and LOST watching buddies, Casey and Jo. We opened up our home (ours only because of a sleepy baby boy) each and every week. We ate, laughed, talked, and enjoyed time with each other before the show even aired. So although it wasn't the ending that any of our watching group wanted or even liked, I am thankful that we stuck with it until the end because we have much closer relationships with each other.
Now that it's all over, we no longer have a specific reason to get together on Tuesday evenings. But, I have a hunch, and I hope it's correct, that it's not the end for our weekly meals and get togethers.

As for last night's finale dinner, we had:
Sesame (Sayid) Chicken Kabobs 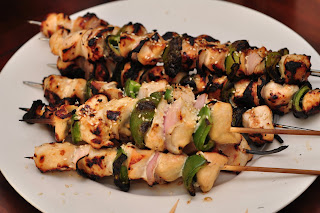 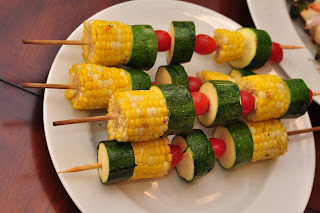 Fish Biscuits (although they turned out more like blobs) 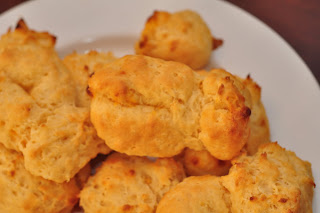 Casey and Jo brought:
Mango, Pineapple, and Kiwi Salad and 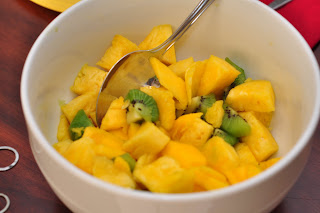 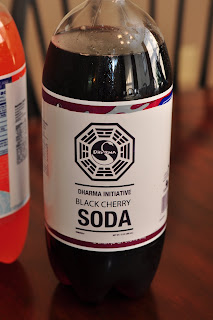 which we drank out of our Dharma glasses
(given to us by Matt, Bryan's brother, a few Christmases ago) 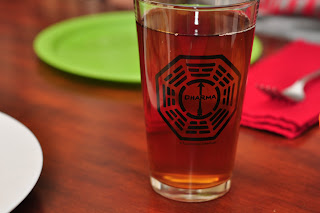 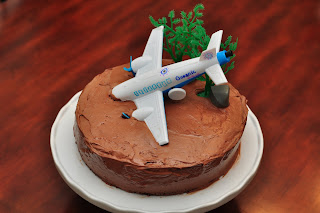 ...and of course, we had to have a cake with an Oceanic airliner crashing into it.

Posted by Stephanie Tillery at 6:49 AM