This week we learned about the letter "G"! Even though it was an extremely busy week, we were able to fit in a few crafts and some fun "g" themed activities.
Here's a look at our Tot School board: 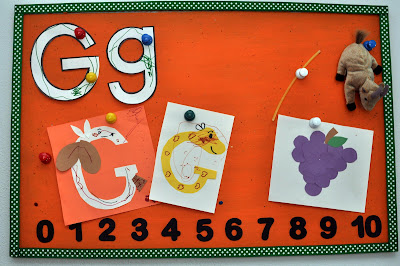 We colored our letter of the week green! 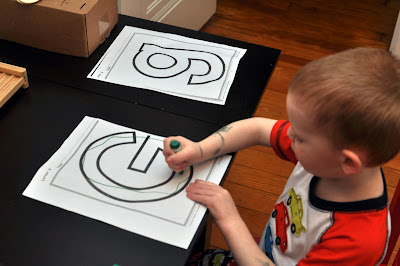 We made a bunch of grapes out of construction paper. 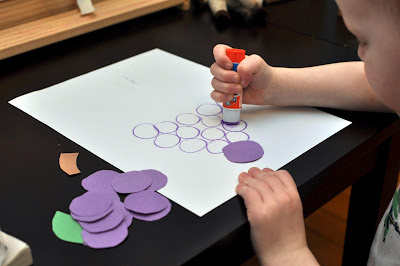 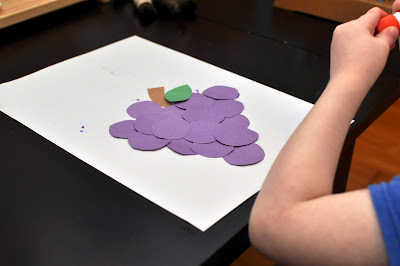 Because I forgot about these until Friday and we had a cookout to go to that night, we had to play with our glow sticks in the bathtub during the day. We turned off the light and they still glowed, so I think it was just as fun as if we had played with them outside. 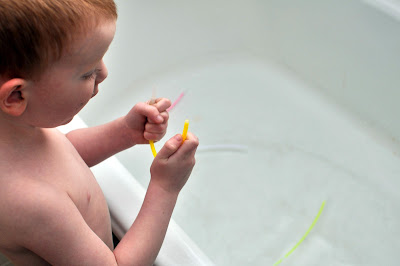 Seth stayed in the tub until the water was almost ice cold and he still didn't want to get out.
I think the glow sticks were a hit. 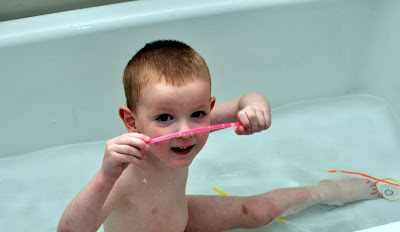 We made a giraffe out of a "G." I realize giraffe has a soft "g" sound but I still wanted to expose him to it and we will revisit soft /g/ and hard /g/ later. That goes for soft /c/ and hard /c/, too. 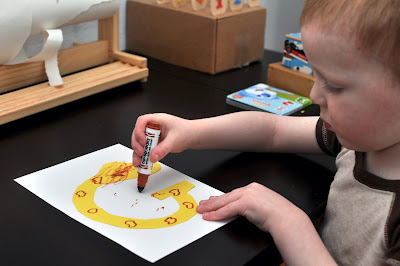 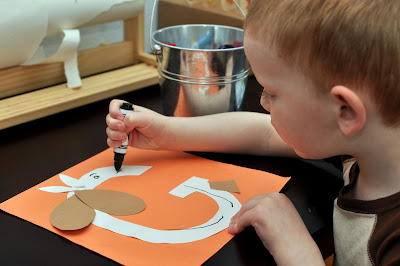 We read several "g" books. We loved reading about Gossie. Gossie is a goose. 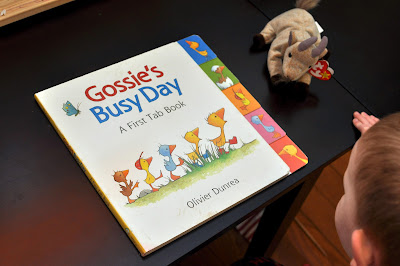 So this weekend when Granna and Papa were visiting, we went to the park to try to see some geese. Unfortunately we mostly saw ducks. I guess we should have visited during "D" week.
Just as we were about to leave we spotted some geese. 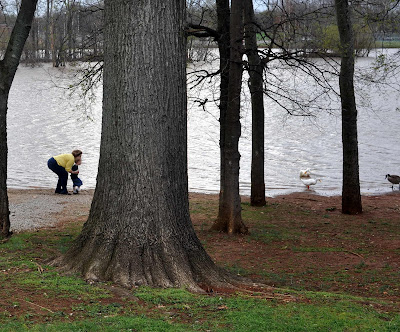 We were thankful that they came over for a quick look. 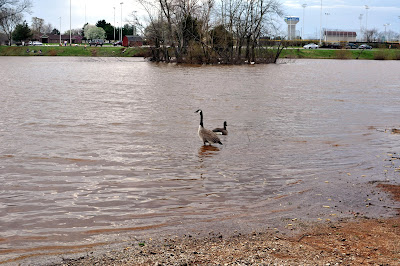 Next week we are going to be focusing on Spring since the first day of Spring is Tuesday.
We are so excited!
Posted by Stephanie Tillery at 12:44 PM