Today is the first day of Spring! To celebrate the arrival of Spring, we invited a few friends over for our special Spring celebration. We had such a fun morning!
To begin we made bird nest hats.
They were just made using a paper plate with a bowl glued on top of it.
We filled the "nest" with some shredded paper and a little blue bird. 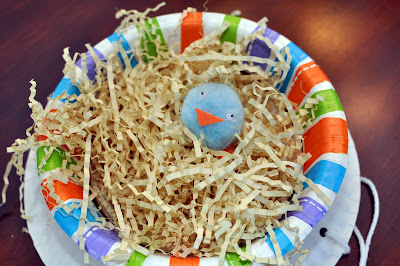 The kids weren't too enthusiastic about actually wearing these, but they did turn out cute. 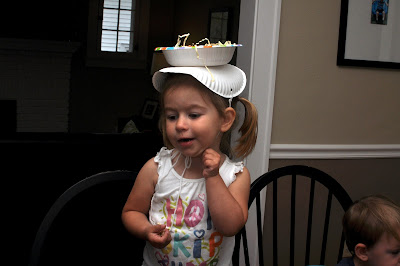 Next, we planted seeds in tiny pots. 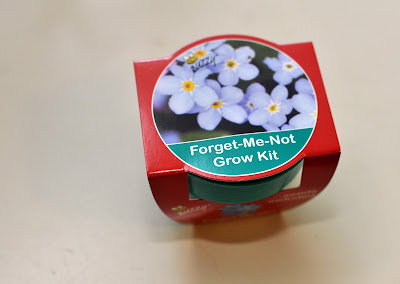 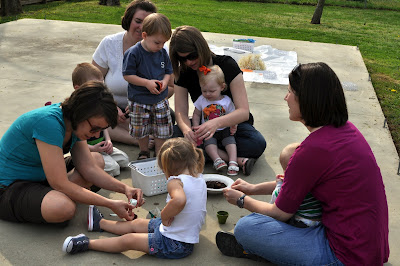 Then, we made bird nest making kits. We filled wire bird suet feeders with yarn and shredded paper. It was as easy as that. Hopefully we will see nests in the near future with colorful pieces of paper and yarn woven into them. 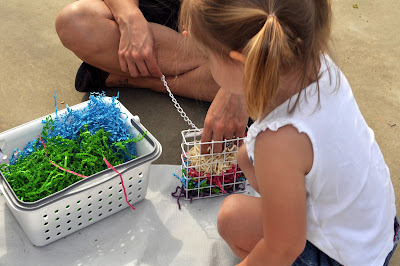 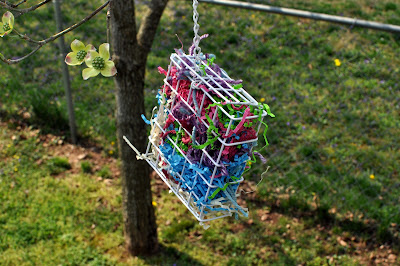 After that, it was time for a snack. We came inside and had some tasty treats. 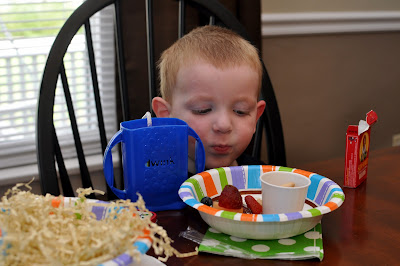 While the kids were munching on their snacks, I went outside to hide some eggs. I found solid white eggs at Hobby Lobby the other day and I thought they would be great to use for my version of an egg hunt. Inside the eggs I placed a little "chick" made out of a pom pom, some craft foam, and googly eyes. 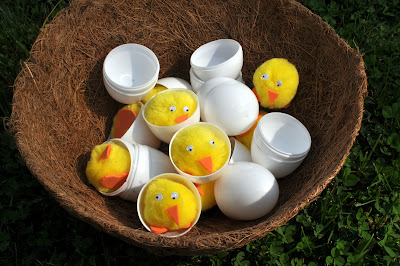 When the kids were finished with their snacks they were told that we had to find the hidden eggs and take them back to their "nest" that was in the center of the yard. I used a hanging basket liner as the nest. 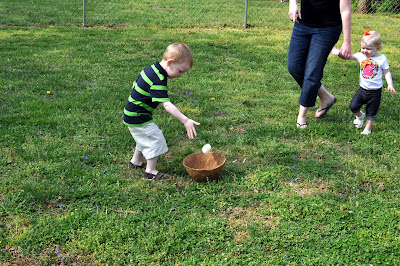 Once all twelve eggs were found the eggs could "hatch." 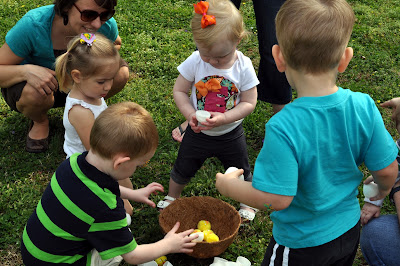 I think the kids had a lot of fun! 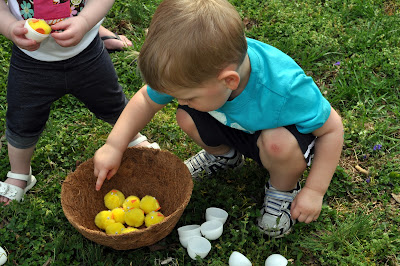 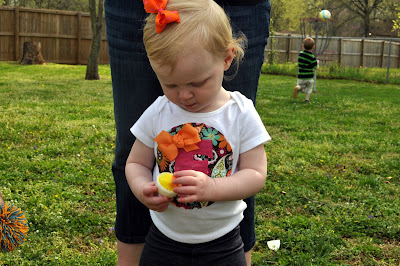 After our planned activities were finished, we just played in the yard.
The Little Tikes truck was a big hit among all the kids. 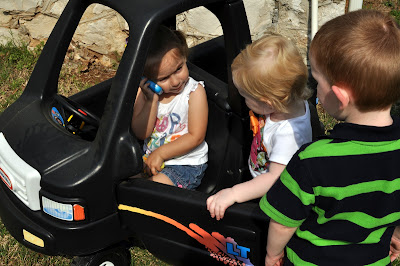 For party favors, I had seed packets for the mommies and carrot bubble necklaces for the kids. We only managed to give these away to two people, because we forgot about them, but we can pass them on to our friends when we see them again. 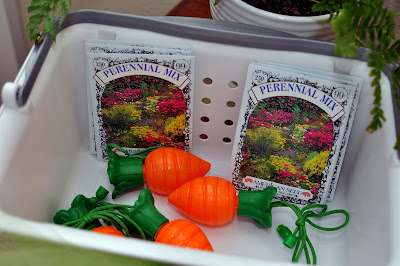