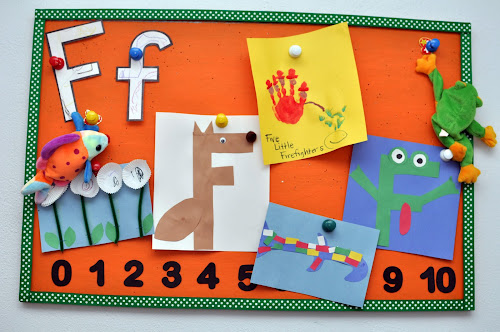 We colored and cut out our letters to add to our board. 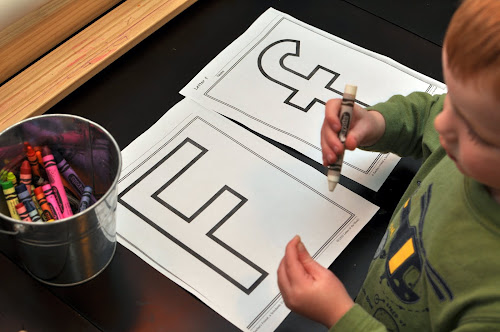 We made a fox out of a capital F. 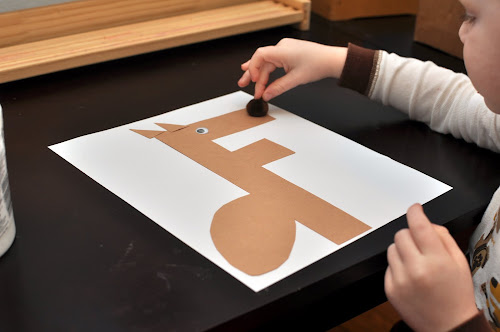 I had every intention of making this lower case "f" fish after reading The Rainbow Fish, but when it came time to read the story, I couldn't find our book any where. So we just made the fish without and it just happened to be colorful. One night this week we also went and got some new fish for our fish tank.

We played with a magnetic farm set... 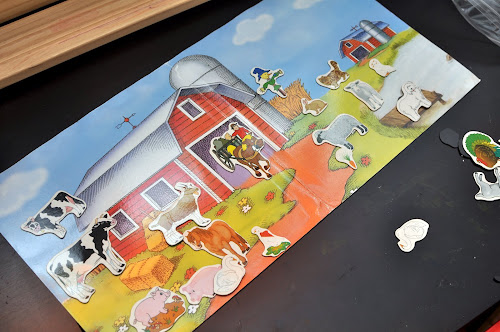 and with our Little People farm set. 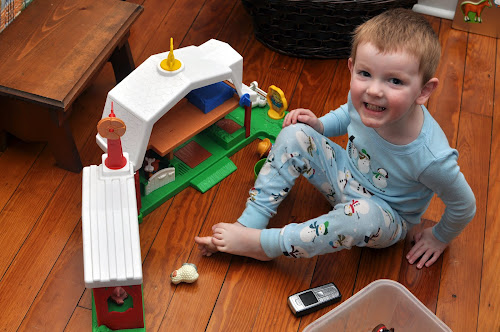 We made cupcake liner flowers. 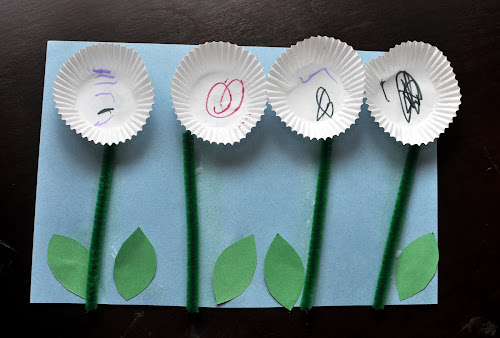 We made a frog using a capital "F." 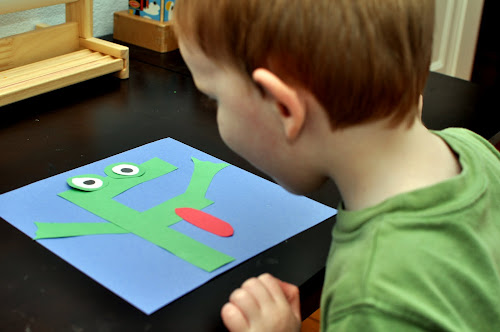 We pretended to be a frog thanks to a Target Dollar spot frog mask. 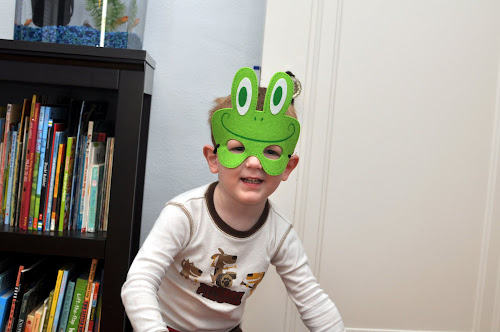 We made a Five Little Firefighters craft using our hand print.
We even used blue sparkly paint for the water coming out of the hose. 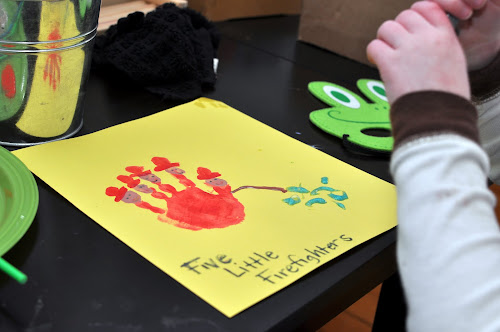 We also read and played with My Little Red Fire Truck.
It is an adorable interactive book given to us by Uncle Michael and Kristen for Christmas. 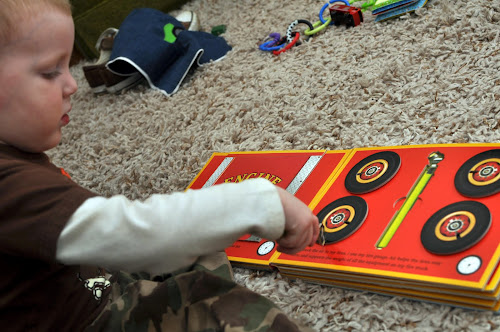 So it was a fun week, but "F" is going to be a letter we are going to have to revisit after we have made our way through the alphabet.
Next week we will move on to the letter "G"!
Posted by Stephanie Tillery at 11:44 AM