Thursday evening, while Bryan's parents watched the boys for us, we went to a Latte Art Throwdown and Caffeination Celebration at Spencer's Coffeehouse. Some of the best baristas from Nashville and around the state came to compete for the best looking latte. Lattes were judged by three judges on symmetry, contrast, infusion, and artistic beauty. 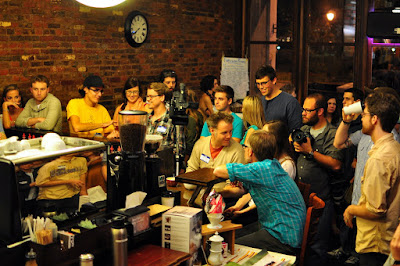 Cameras were set up for spectators to see the lattes easily.  The lattes were displayed on screens. 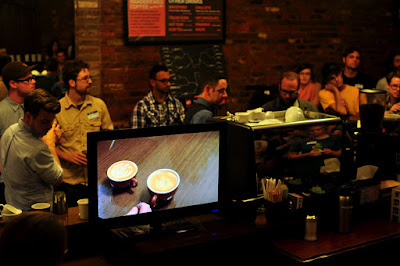 Here's a look at two of the competing lattes. They are simply amazing! 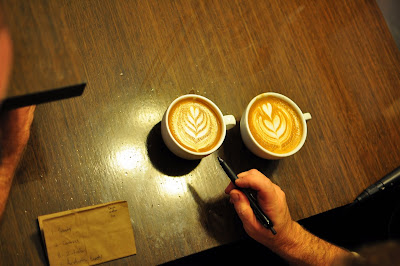 We got to bid on lattes made by the baristas. All of the proceeds from bids, along with tickets purchased as part of a raffle, went to the Regional Child Development Clinic.
Here's one of the lattes that we won. 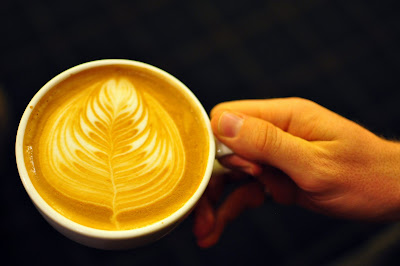 We also won some gift certificates from the raffle!
We drank too much coffee, stayed up way too late because of it, but had such a fun evening!
Posted by Stephanie Tillery at 7:24 PM