Last week we learned about the letters "O" and "P." (We're focusing on two letters a week until we finish the alphabet.) We also practiced counting up to 30, we learned "This Old Man" and we read the story of the Three Little Pigs. We also practiced singing the color song that we are learning in the Spanish class we have been attending at the local library. Here's a look at our board: 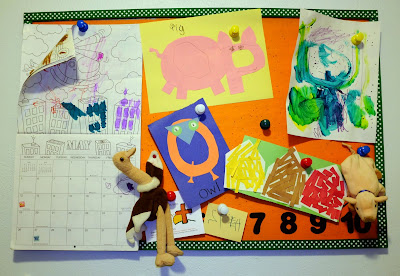 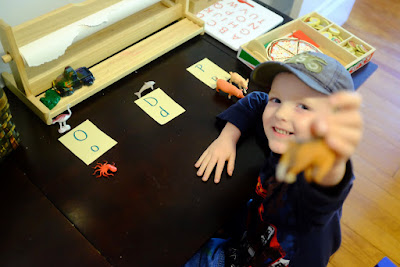 We made a pig. 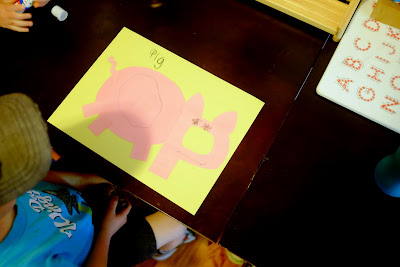 We played with our Melissa and Doug pizza. 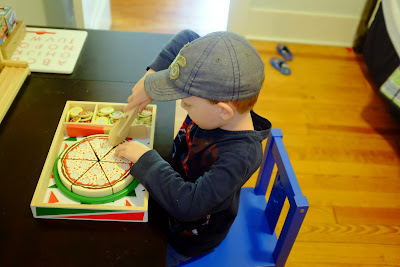 We made an owl. 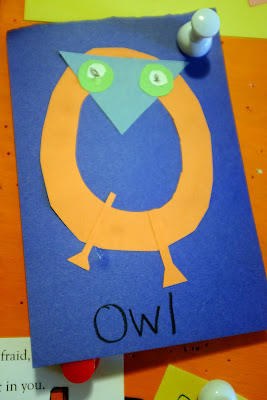 We read a lot of books each week. We actually read so many that there is no way that I could keep up with them all, but one interesting one that emphasized P was Roly Poly Pangolin. A pangolin is not an animal that I generally think of for the letter P, so I'm glad we read it. 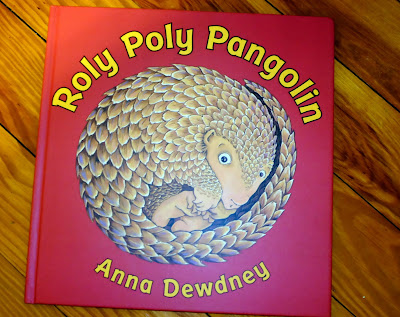 We read about the three little pigs.
Seth already knew this story but enjoyed listening to it several times this week. 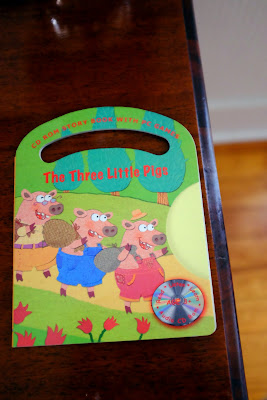 This little book came with a CD and we listened to the story on the computer
and Seth was able to play a few related games. 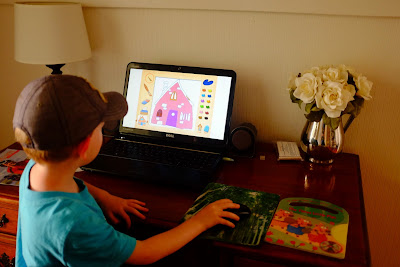 We made a craft where Seth put "straw," "sticks," and "bricks" on three houses. 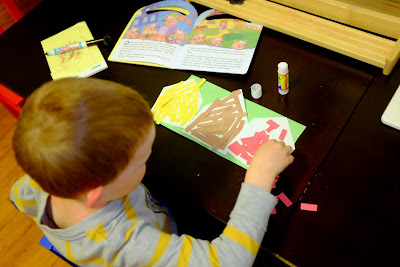 We also learned "This Old Man." 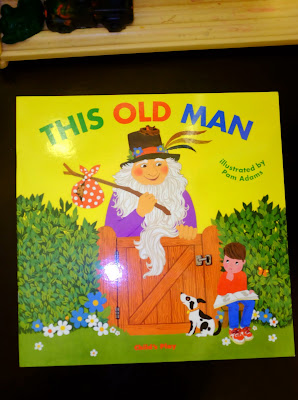 We also read about the events leading up to the ascension of Christ in our children's Bible. On Thursday, we celebrated the ascension (which is calculated by counting 40 days after Easter) during our nightly family time. Next year we hope to add to this family celebration more.

This week we will learn about the letters "Q" and "R" as well as some other things.

Posted by Stephanie Tillery at 11:25 AM