This past weekend, as I was about to strain some kefir, I thought to myself, how in the world is this our new normal?
We've been on a quest for a more sustainable, simple lifestyle for a while now, but it feels like since going Paleo things have been kicked into high gear.
Switching to Paleo, really Primal because we do eat raw dairy, has made us question just about everything. We are constantly wondering about where our food comes from, how it was grown or raised, were pesticides used, etc. But when you change everything you eat, you start to question other things like what kind of shampoo and toothpaste and deodorant you use. You question cleaning products, and the cookware that you use, and sunscreen. The list can go on and on and indeed it does for us. But over the last three months we have started to find a new normal in all of this. It's going to take time, but each day things feel more comfortable.
Bryan and I were trying to figure out the other day what helped us start our journey to a more sustainable lifestyle (even before the big switch to a Primal diet). We finally decided it was giving up paper towels two years ago. We traded in our paper towel holder that was sitting next to our kitchen sink for a jar that is full of washcloths. 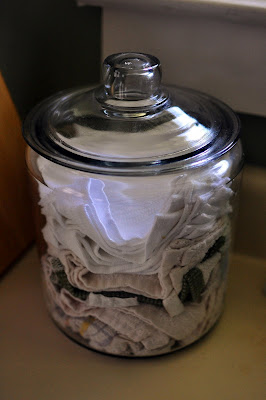 I believe that simple step spurred us into where we are today. Shortly after giving up paper towels we gave up paper plates, disposable cups, and paper napkins. It was amazing after the first few months how much money we were saving by not buying those products. We started sorting our trash and began recycling. 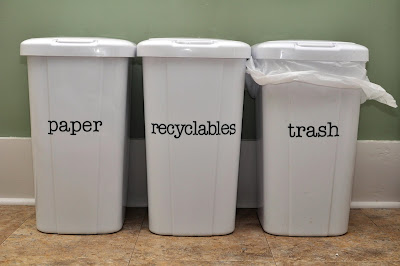 We were hit by the simplicity bug after reading several books/blogs and we started donating/selling items on Craigslist. We are still in the process of getting rid of excess and simplifying our home.

Another change occurred when I took one bite out of a jar of carrots when Seth was ready for baby food. That one tasteless bite led me to making all of our own baby food. That was also the start of buying food locally. Every week I would drive out to the O'Daniel's farm to pick up organically grown, local foods for our baby food. 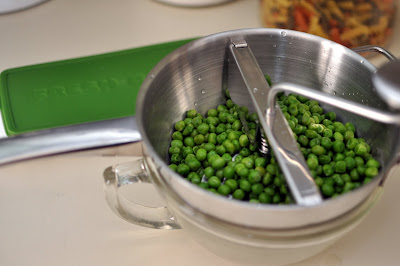 Two and a half years later and we rely so heavily on our local farmers. We eat locally more now than ever! It excites us to go to the farmers' market each week. We try to also support local businesses when it comes to other purchases. 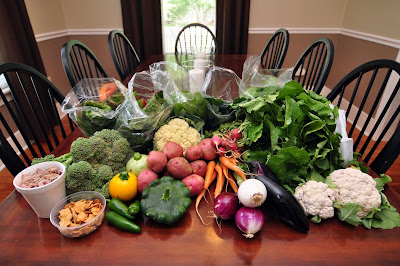 I decided last fall that I would try to buy the majority of my clothes used. I buy my boys used clothing from local consignment shops, so I thought, why not do the same for myself? I have walked out of local consignment stores and thrift stores with brand names that would have cost me an arm and a leg if I had bought them new. It's also especially nice to buy used when you have to replace clothing so frequently. Over the last three months, I have had to replace the majority of my shorts two different times because they no longer fit (I've lost almost 25 pounds since changing our diet and so has Bryan).

Back in March, Bryan decided he wanted to start riding a bike. When he has to go somewhere, if the weather is nice and the whole family isn't going, he rides his bike. 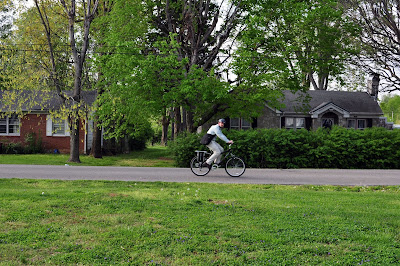 It was at the Community Farmers' Market that we received a free rain barrel. We bought the hardware to set it up and we have been using it to water the garden and our flowers all summer long. 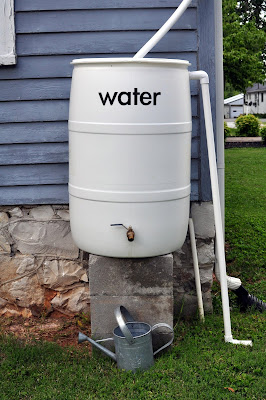 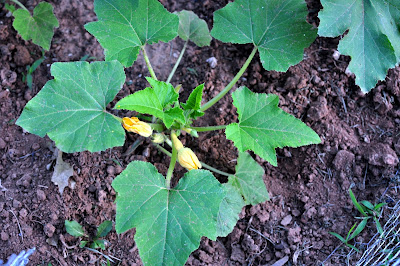 Speaking of gardens, we just recently tilled up almost a quarter of our backyard for a fall garden. We've never had a fall garden before and we are going from this size... 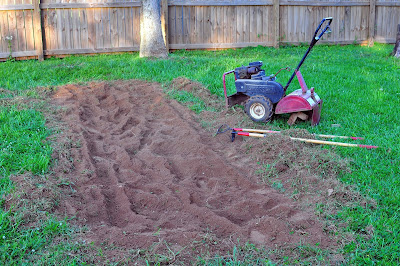 to this size of a garden. It's a bit intimidating, to be honest, but we are hopeful for lots of homegrown veggies this fall and winter.
We decided we would take on the responsibility of raising chickens right after we started eating a grain-free diet. We had a shaky start, but things seem to be going better now. We haven't had any of our replacement chickens mysteriously disappear. 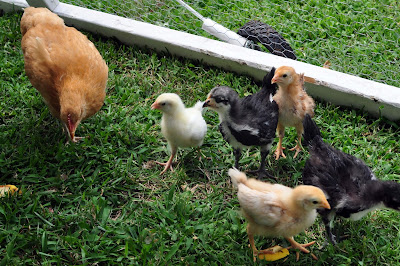 During the last couple of months we have started composting outdoors. We had a worm bin in our basement a couple years ago, but we just weren't seeing the results we wanted, especially if we are going to be adding it to a large garden. We decided we needed to set up a compost bin outside. We keep a bowl under the kitchen sink for all of our food scraps. We have been running our food scraps, egg shells, and coffee grounds through the food processor before it's added to the pile. It makes a mess in the kitchen, but hopefully it will be beneficial in the long run. 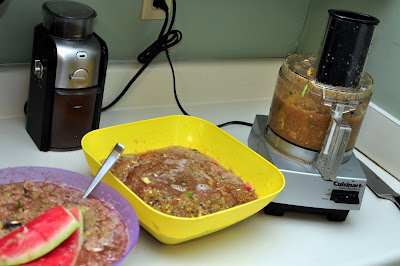 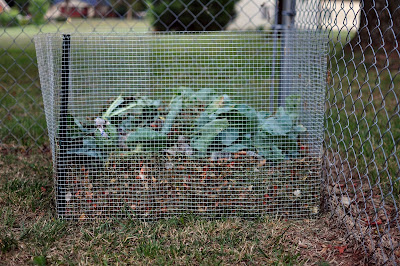 We've also just recently started hanging our clothes out to dry. While this isn't anything new to some, this is very new to us. 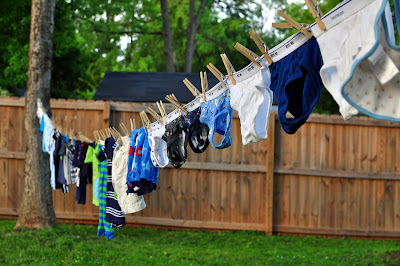 Because sauces, condiments, and dressings are filled with lots of unpronounceable and undesirable ingredients, we have started making and canning our own. I don't know why I was so intimidated by canning. It's really not that hard. 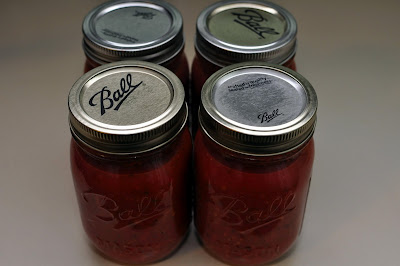 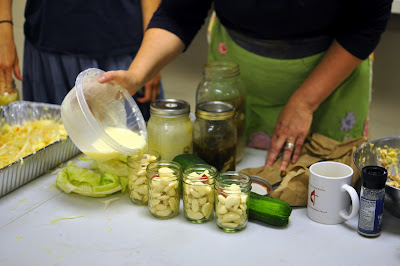 We've still got a lot to learn, but I think we are at least a little bit closer to a more sustainable lifestyle.

Posted by Stephanie Tillery at 7:24 PM