Introduction to the Outside World

The chickens will be two weeks old on Monday and so far taking care of the girls has been really easy. They are growing each day and they are in this awkward feathering out stage right now. Once they have all their feathers we will be able to move them outside. (Right now they are hanging out in the basement in their brooder box.)
We actually bought the chicks before we had a coop because we knew we would have some time before we needed it. We ordered our coop from a guy that we found on Craigslist. It was the largest coop and enclosed run that we could find for the least amount of money. Our coop arrived a week ago and this weekend we are busy making some slight modifications to it before the girls need to move into it.
Here's a view of the coop and run
(more details coming soon): 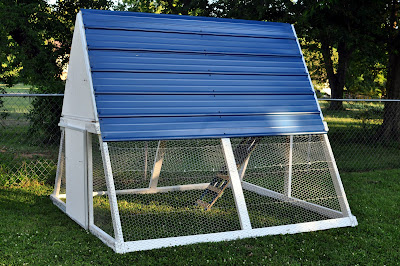 Since we were outside and we needed to clean out the brooder box, we thought we would introduce the girls to the outside world by letting them spend a few minutes in the enclosed run. They didn't know what to think at first. 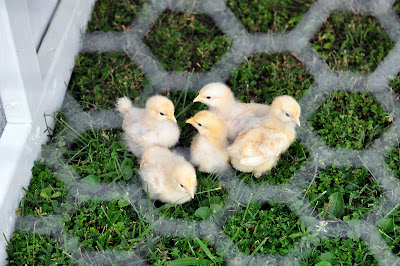 They looked so tiny! 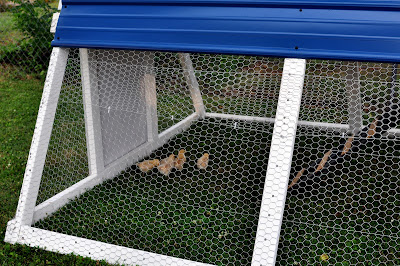 It took them a few minutes to warm up to the new environment, but then they discovered leaves. They would grab a leaf and run and even try to fly away with it. They were hilarious!
They were so fun to watch. 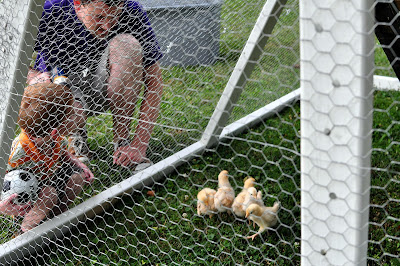 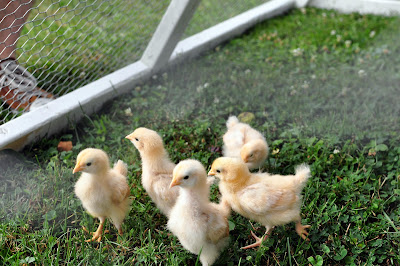 They seemed to enjoy their time outside and we did too!


Posted by Stephanie Tillery at 6:34 PM