Playing in the Fountains

I think I must either be feeling guilty about being out of commission for the next few summer weeks or I am completely insane, because this afternoon we went to play in the fountains in the scorching hot weather. This was our second attempt to play in the fountains this year. Previously we tried playing in the fountains with a group of friends and Seth didn't want to have any part of the water. The sprinkler at home is fine, the kiddie pool is fine, the water park is fine, but not these fountains. So I wasn't sure if he would be willing to play at all.
At first he just watched all the other kids play. 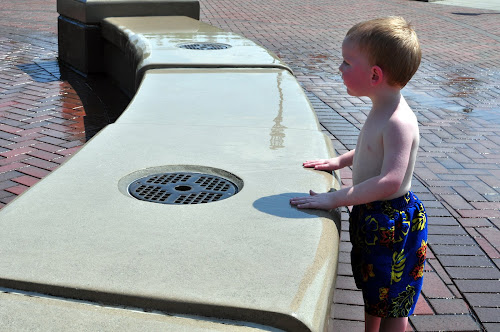 Then he decided he would give touching the water a try. 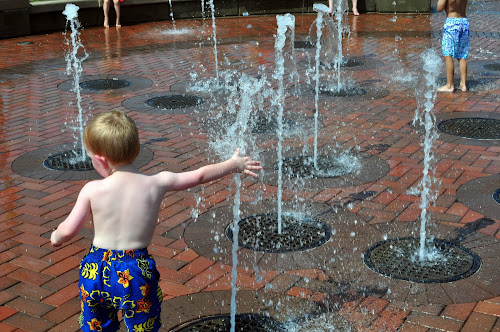 As soon as he got wet he would grin really big and run away. 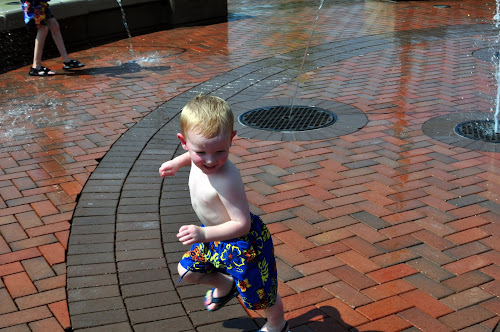 Then he would go and watch again and repeat the entire process over and over. 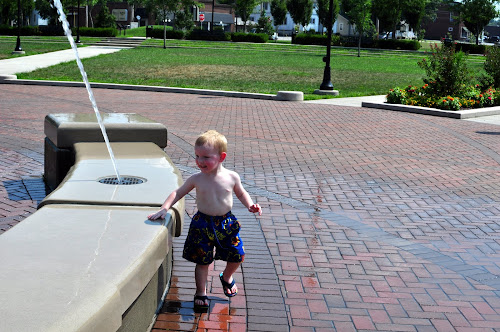 Until he decided he could be more adventurous.
I just loved how he would close his eyes way before he was about to touch the water. 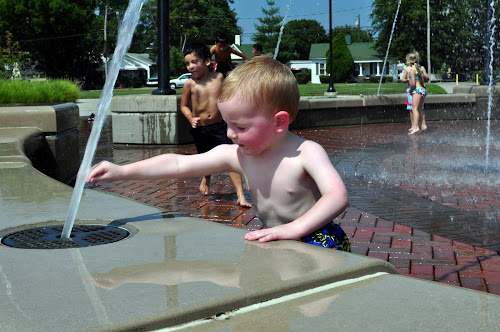 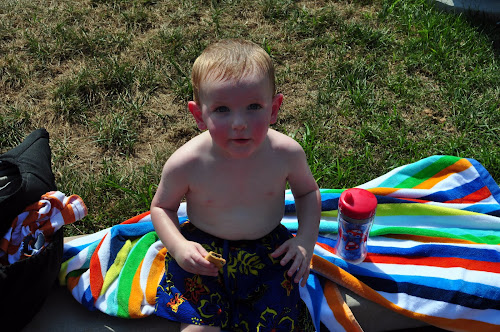 and then he played and played. 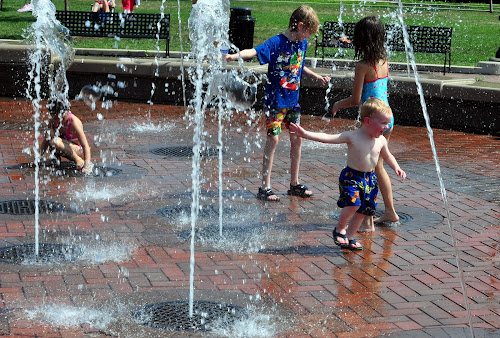 I think it just might have been worth enduring the heat.
Posted by Stephanie Tillery at 2:04 PM