Bryan likes coffee. Not frappe, cappuccino, froo-froo coffee drinks, but plain ole black coffee. He has perfected his brewing over the years and he grinds his own coffee beans each morning to try to make the freshest, tastiest cup of coffee exactly how he likes it. So being the coffee enthusiast that he is, he decided he would try his hand at roasting his own coffee beans recently. First he purchased a West Bend Poppery II Popcorn Popper on Ebay. Yes, I did say popcorn popper. Weird, I know, but it works. Next he ordered green, unroasted coffee beans online. After the equipment and ingredients arrived, Bryan started roasting. 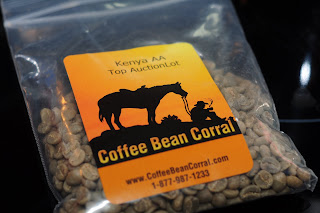 He placed 1/3 of a cup of unroasted beans in the popper. 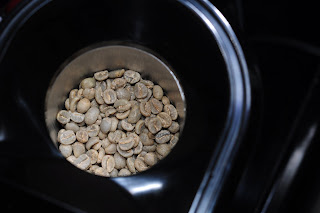 He turned the popper on and watched intently for chaff. He got so excited when he saw the first one. I love his expression. 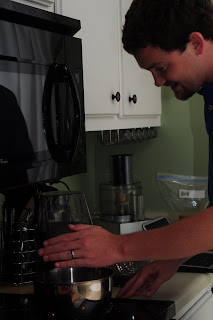 In case you are like me and you don' know what in the world chaff is, it looks like this. It is the skin that comes off of the beans and it flies out of the popper as the coffee is roasting. 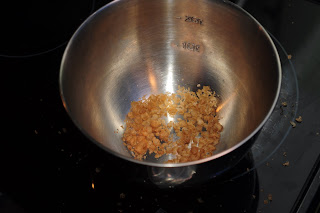 Then Bryan had to listen for cracking. It was the best indication of the progress. There are two cracks, a first and a second. This helps determine when the roasting is done. 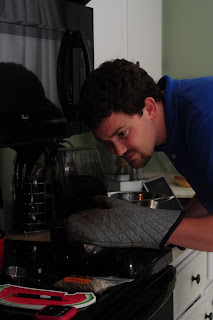 The roasting took about 6 minutes which was a little longer than expected, but finally it was done (although it ended up not being long enough). 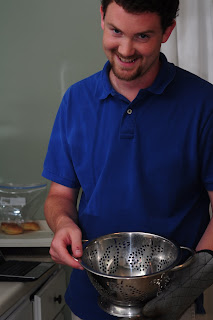 Here are the roasted beans. 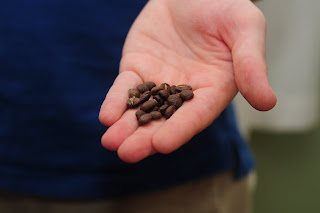 This morning, (not 12-24 hours later like it was supposed to be to allow for off-gasing, but he was too anxious) Bryan ground his beans. 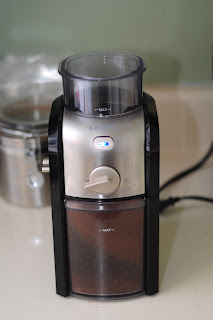 He brewed his coffee in his press. 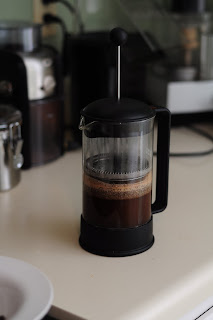 He poured himself a cup of freshly brewed coffee and... 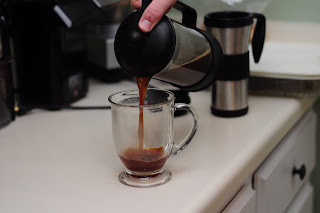 this expression says it all. 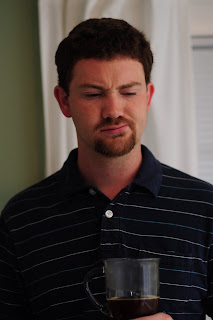 It didn't taste all that great. This evening he brewed some more of the roasted beans and it had a completely different taste, which was better. I have a feeling there will be several more tries before he masters the perfect roast, but I think coffee roasting might be around for a while.
Posted by Stephanie Tillery at 6:53 PM