An Attempt at One Year Photos

Remember all the fun we had taking Silas' newborn photos? Well, I got the bright idea that we would try to do some similar one year photos. After seeing balloons secured with golf tees on pinterest, I just knew it would be a nice update to our balloon photos. We had several problems though.

First, even though I checked the weather
and it was not supposed to be windy,
it was actually very windy. 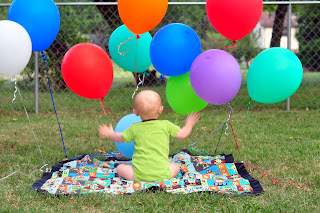 Second, we have a one year old that is very curious.
He LOVED playing with the balloons! 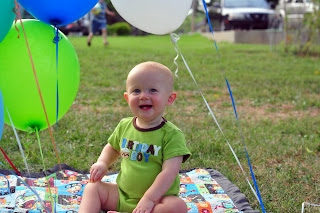 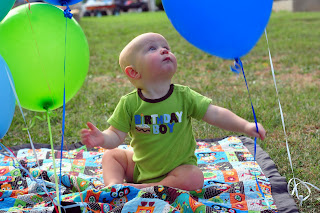 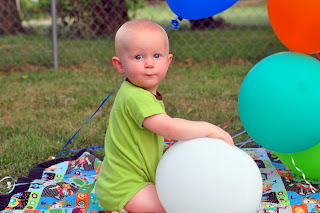 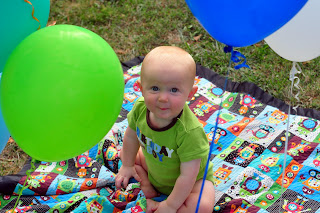 Third,
as I was trying to reposition the balloons for some better shots,
they all flew up into a tree. 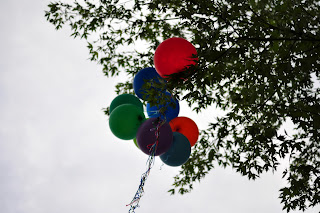 Our boy just kept looking longingly up at the lost balloons. 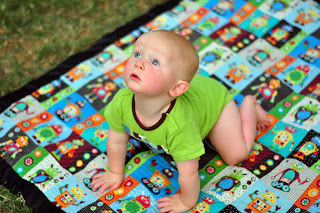 We turned to our little red wagon hoping for at least one perfect shot,
but by that point our little guy was done and so were we. 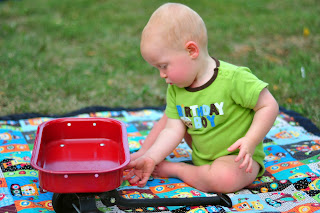 So we did some swinging... 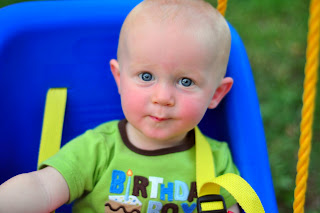 and after we went inside for the night,
as I was looking through photos,
I realized we captured a whole lot of cuteness.
Posted by Stephanie Tillery at 12:30 AM