It's been a wonderful Resurrection weekend! On Good Friday, Bryan and I were able to go to a simulcast of Secret Church. It was 7 hours of intense Bible study, a time of prayer for the persecuted church, and a little bit of worship. We have never experienced anything like it. It was absolutely amazing!
As a family we also did several things to help us keep the resurrection in our focus. Instead of making a potato tomb landscape, this year we made a Resurrection garden by using an empty flower pot turned on its side. We covered the entire pot with dirt and mulch and then found a huge rock to put in front of our "tomb." 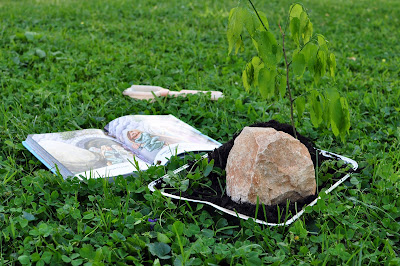 Today when we went out to look at our garden,
it was covered in flowers and the rock had been rolled away. 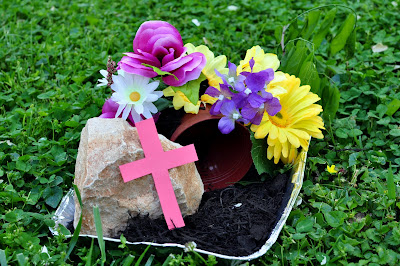 We also made resurrection rolls again this year. 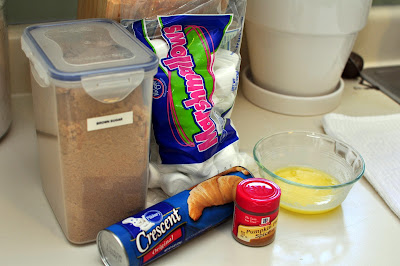 We made them a little bit differently by dipping the marshmallow in butter and
sprinkling it with pumpkin pie spice (just to change things up a bit).
It still represented the oils and spices that were put on Jesus before he was put in the tomb. 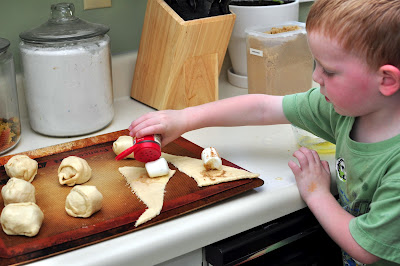 After our rolls baked for a few minutes it was time to peek inside.
The marshmallow was gone,
representing that Jesus had risen from the tomb. 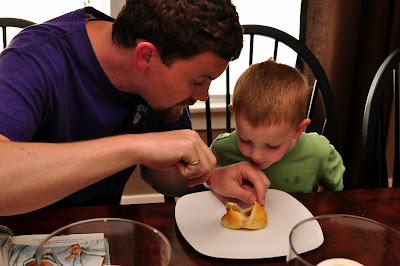 But for our marshmallow-loving two year old this was devastating.
When he realized the marshmallow was no longer there in solid form, 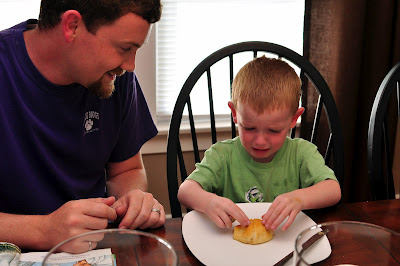 he cried for a good minute or two. 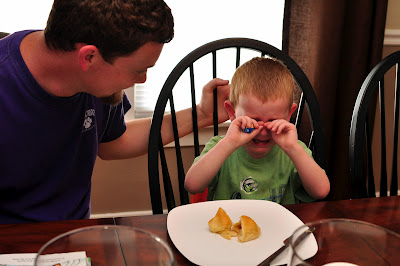 Luckily he calmed down after a little bit of explaining,
and we assured him that he could still have one of our uncooked marshmallows.
We also did a little bit of painting. I taped a cross on a piece of paper using painter's tape. 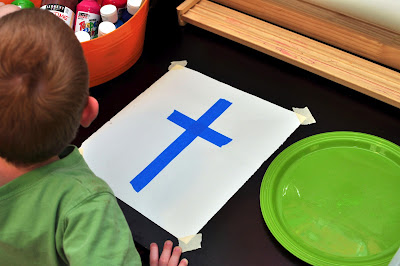 Then Seth had at it with lots of colors. 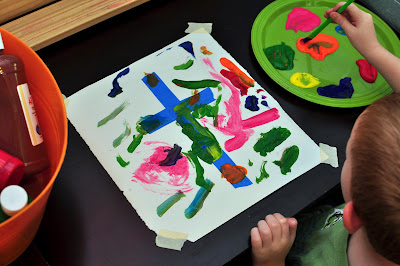 When he was finished painting and it had dried for a while, we peeled the tape off to reveal our cross. 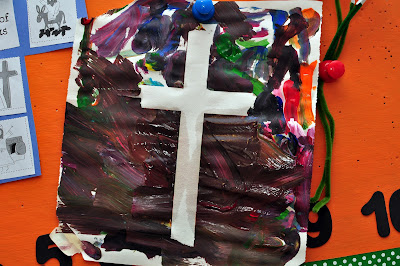 At church this morning Seth's class did a craft that I was planning to do with him this afternoon. They made a tomb and used a brass fastener to show the stone being rolled away to reveal the empty grave. I think it is just adorable! 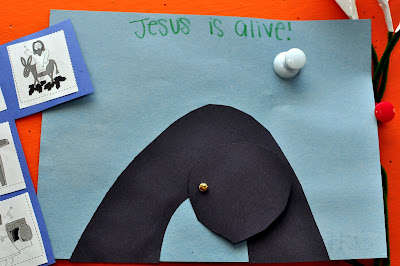 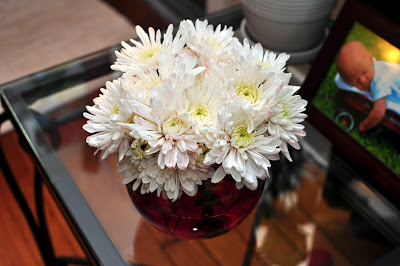 So even though it didn't quite work the way I had planned, it was nice to have a reminder sitting on our mantle of Christ's ultimate sacrifice for me every time I looked at it.
"He personally carried our sins in his body on the cross
so that we can be dead to sin and live for what is right.
By his wounds you are healed."
1 Peter 2:24
Posted by Stephanie Tillery at 7:19 PM