For the last two weeks our learning time has not been top priority. We would squeeze in something every now and then, but it definitely wasn't as consistent as it usually is. We're hoping to get back on track with our learning time this week.
Here's a look at what we managed to squeeze in during a few learning times.
We focused on the letter "d," the number 4, the Tower of Babel, and Hey Diddle, Diddle. 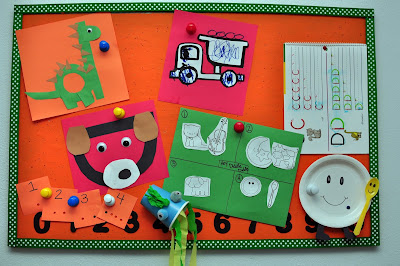 We made a dinosaur out of the letter "d." 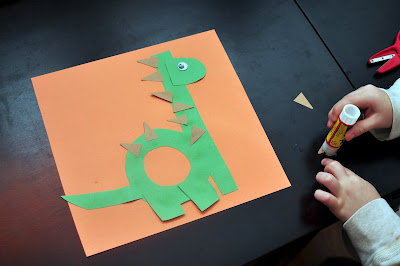 We read That's not my dragon... 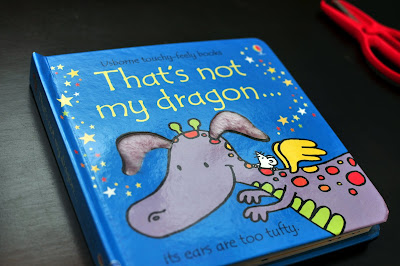 and then made a fire breathing dragon using a cup, some streamers, pom poms, and googly eyes. The cup has a hole in the end of it and when you blow through it, the streamers move. It was a really cute craft and a really big hit! 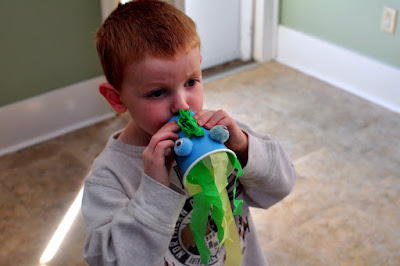 We colored a dump truck and drew 4 rocks in it since we were learning about the number 4. 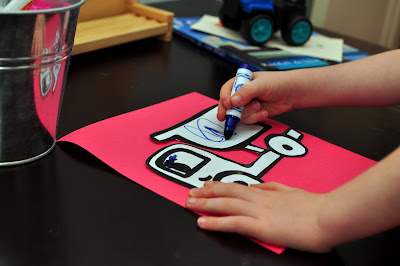 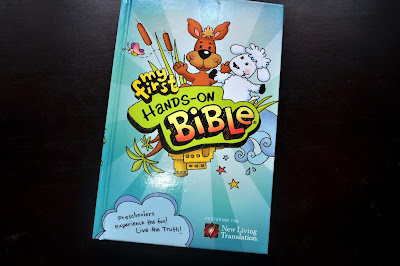 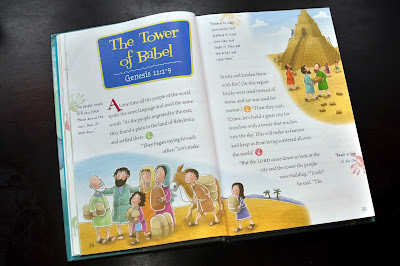 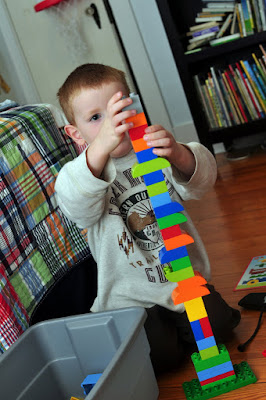 Even though I think we are far from writing it, Seth is getting better at spelling his name. We practiced with our magnetic letters one day. 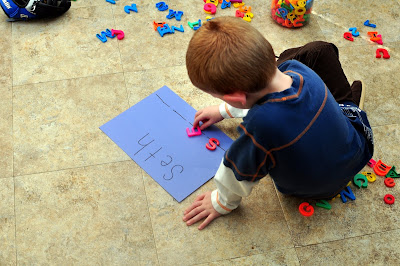 I also found this dry erase letter booklet at Mighty Dollar a while back.
Seth liked practicing over the letters. 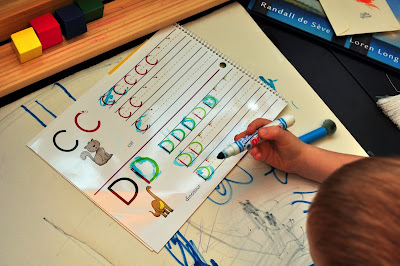 To help Seth recognize his numbers, which he struggles with,
I let him hole punch the number of holes that each piece of paper indicated. 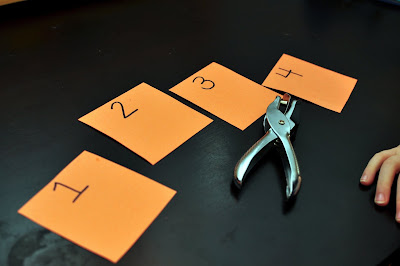 I had to hold the paper for him, but he was able to punch all the holes. 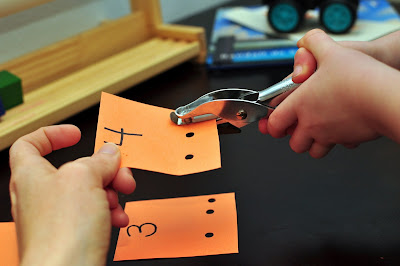 For our nursery rhyme, we practiced repeating Hey Diddle, Diddle. We read it out of various nursery rhyme books and we did a couple crafts. We made a dish out of a paper plate and glued a spoon to it. It's pictured above on the board. 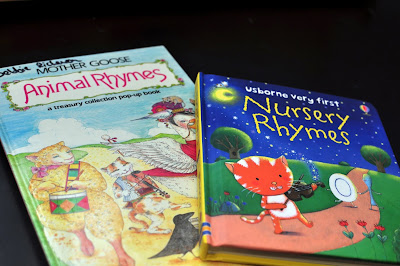 We also did a sequencing activity. This really helped Seth with memorizing. I am going to have to remember to do things like this often. Seth was able to finish each line of the nursery rhyme with the help of this picture chart. 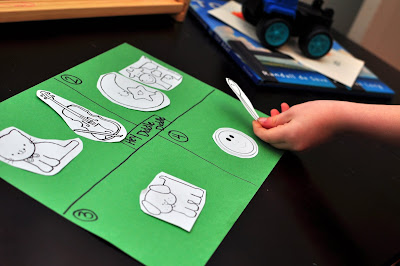 This coming week we'll move on to the letter "e," the number 5, the story of Abraham,  An Elephant Walks Like This and That, and all kinds of other fun things.

Posted by Stephanie Tillery at 7:38 PM