I've been trying out lots of new recipes lately. A few recipes have been sitting in my recipe binder for a while, and others I have recently found via Pinterest. Here are the links to the recipes and the rundown...
Easy Brunswick Stew
from Everyday with Rachael Ray
I saw this recipe in Rachael Ray's magazine. It ended up tasting delicious. I have made two batches of it and I froze several servings so that I could pull it out and thaw it for an easy lunch. I used pulled pork (that I frequently make in the crockpot), but I think it would also taste great with chicken. 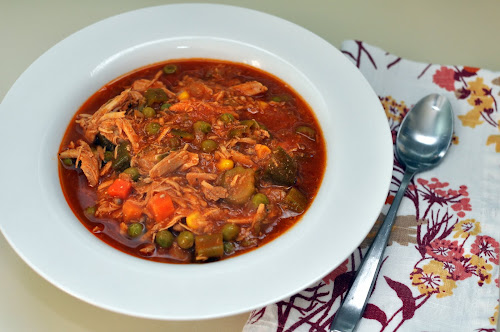 Roasted Lemon Garlic Herb Shrimp
by Cinnamon Spice and Everything Nice
I love shrimp and lemon and garlic. So it made sense that I would like this dish.
It was so easy to make and it tasted very yummy. 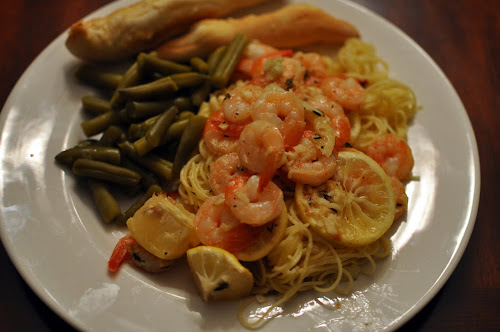 Broccoli Salad
by Brown Eyed Baker
This broccoli salad was tasty and it was actually my first time ever making broccoli salad. I used shredded cheese and shallots instead of cubed cheese and onion because that's what I already had at home. I might leave the onion out all together next time though because it was a little overwhelming. 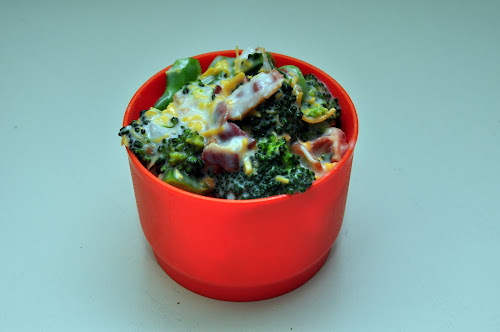 Pork Roast with Apples and Onions
by The Pioneer Woman
I had high hopes for this meal. But as you can see my photo looks nothing like The Pioneer Woman's photo of this same dish. My photo depicts how this dish tasted. It was bland. Maybe I will try it again some day and see if it turns out differently, but I doubt it. I followed the directions exactly, and it just wasn't that tasty. 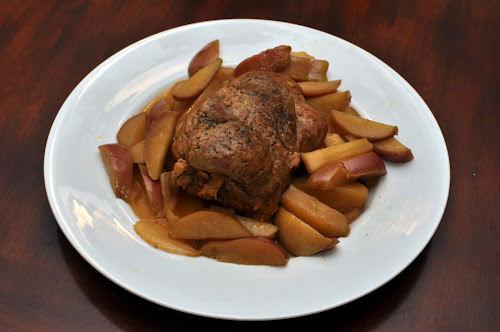 Homemade Granola Bars
by The Creative Mama
These didn't last long in our house. They were gone after just a few days.
Try them. They are easy to make and very yummy. 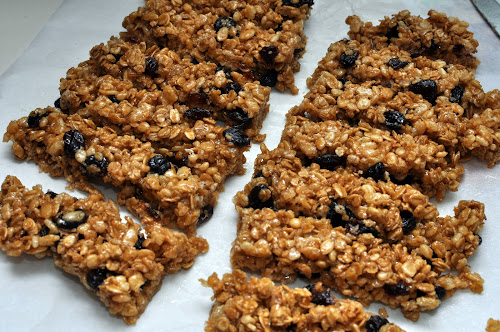 Roasted Squash Soup
from Everyday with Rachael Ray
If you like sweet and spicy, then try this soup. It has the perfect amount of heat from the serrano peppers and the brown sugar brings out the butternut squash flavor. It was mighty fine with some toasted, crusty bread. 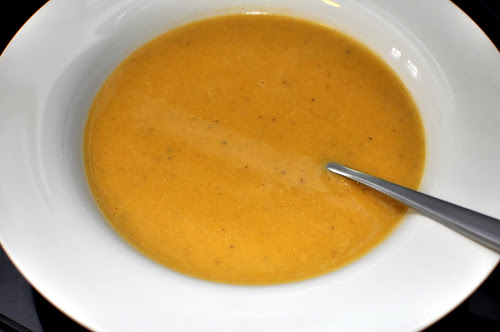 I have also tried, but didn't snap a photo of it...
Broiled Grapefruit
by Running Foodie
It made me a believer that anything can taste better with brown sugar and butter.

Nutella Cookies with Sea Salt
by Sugar Crafter
I made these for a cookie exchange and they could be one of my new favorite cookies. I love chocolate and salt together so I am a big fan of these. After munching on them for a few days, I have decided they taste the best right out of the oven.

Posted by Stephanie Tillery at 11:51 AM