Becoming a Family of Four

Today we were supposed to be having a baby. Instead we have been adjusting to life as a family of four. Silas decided he would make his debut into the world five days ago. Last Wednesday, August 3rd, was not the typical day. Bryan had been very sick the night before with a stomach virus so he was home for (I think) his 3rd sick day in six years. Seth and I attended a meeting on WKU's campus during the morning and by the time the meeting was over and we had made it back to the car, I was not feeling well. Thinking I too had caught the stomach virus, I immediately went home to lie down. I was having pain, but it didn't feel like contractions so I wasn't too concerned about being in labor. By 3 p.m. I called the doctor's office to get their opinion about how I was feeling. They wanted me to go to Labor and Delivery to get checked out. Bryan had barely made it out of bed all day, but that got him up and going even though he still felt awful. We frantically made calls to try to locate someone to watch Seth and then right as we were about to head out the door, my water broke. Right there in the dining room! I remember thinking last time how weird having my water broken was and again I was just thankful I wasn't out in public. We hit it into high gear then. We made it to the hospital and as Bryan handed Seth off to our friends Casey and Jo, I headed up to Labor and Delivery. Within a few minutes I was being prepped for surgery and we were about to have a baby. They wheeled me off to the operating room and thankfully let Bryan come since he was wearing a mask and all the protective gear. At 5:35 p.m we heard our baby boy let out his first cry. 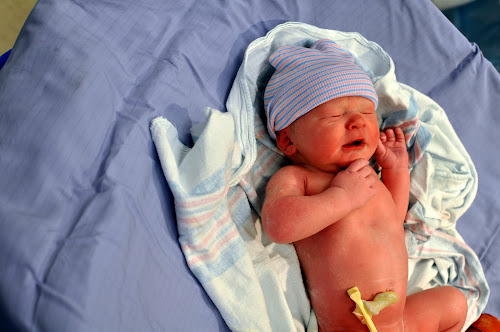 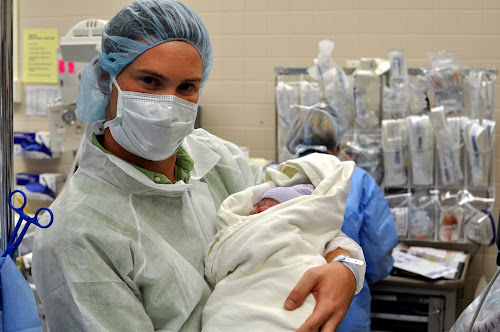 Weighing in at a whopping 7.0 lbs and measuring 20.25 inches long, he was beautiful. I could immediately see resemblances to Seth, but Silas actually has a bit of hair and it is darker and he has way darker eyes (almost too dark to tell if they are actually blue or brown). 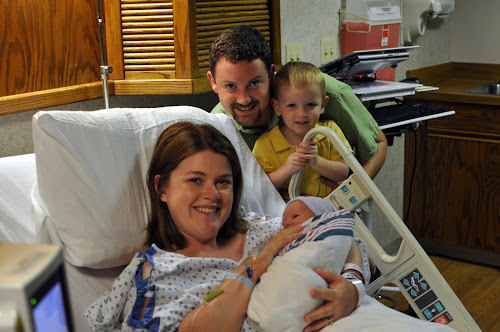 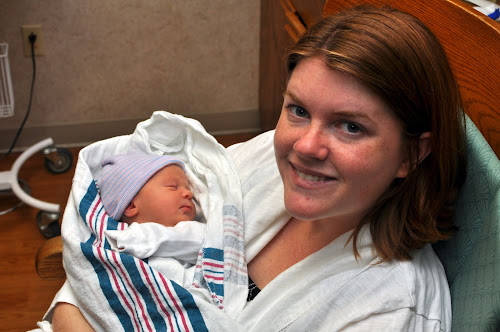 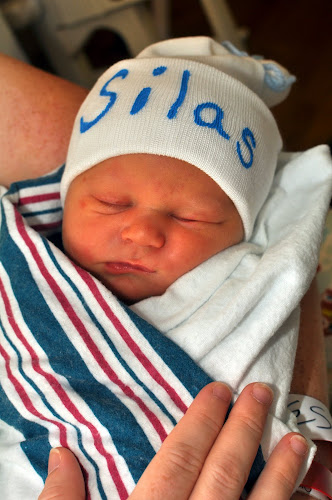 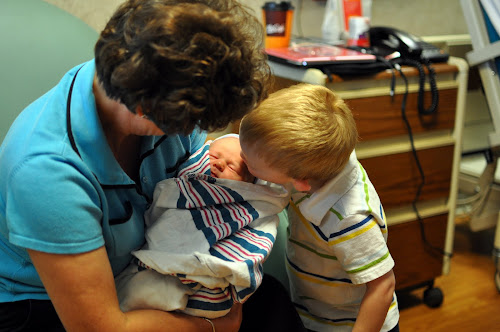 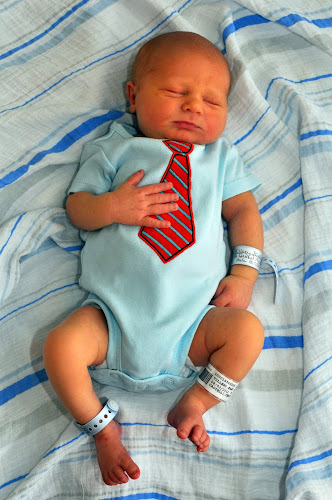 We were discharged just 48 hours later and have been relaxing here at home for the last few days. We have had help from Nana and Pop since we have been home and we will continue to have help for another entire week before we have to "fend for ourselves" with two kids. So far though, we have all been adjusting pretty well. Life is going to be interesting for a while I am sure, but I think we're going to have a blast being a family of four.

Posted by Stephanie Tillery at 7:03 PM