It's been one week since summer officially began. Because Seth was out of town, we didn't get to have an official First Day of Summer Celebration. We have, however, been enjoying lots of summer fun. One of the most summery things that I can think of is catching lightning bugs. For the last few evenings we have been catching lots of them. Seth is able to spot and catch the fireflies better than both Bryan or me. He hasn't quite learned to not immediately squish them as soon as he catches one though. Last night we used a jar to help him see the bugs just a little bit better. Boy, was that a big hit! He was just so cute carrying that jar around and peeking inside. 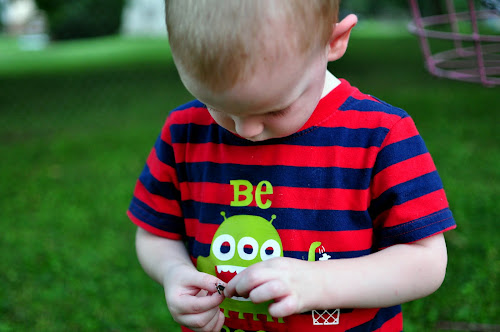 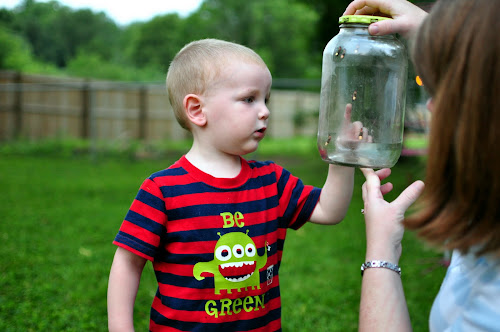 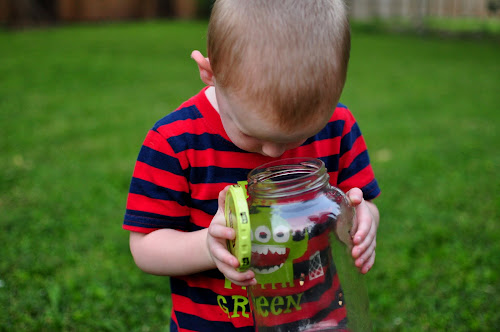 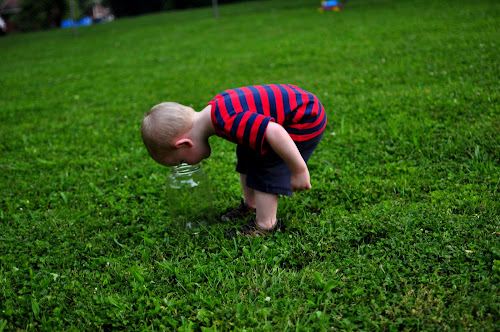 Hello, Summer!
Posted by Stephanie Tillery at 11:39 AM