At the end of November I got an email from a friend asking me if I would like a Fisher Price Nativity Set (ours does not play music). So a couple of days later I went by to pick up the brand new in-the-box set to include in our Christmas season. It has been one of the highlights to Advent in our home and Seth has played with it more than just about anything else during the month of December. 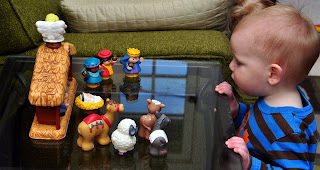 Sometimes some of the characters turn up missing for a while and other characters are added to the scene. For instance, Tommy the Tonka Truck visits sometimes and mechanics stand in for shepherds since it didn't come with them. 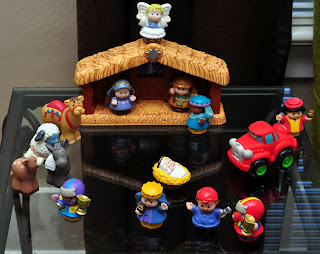 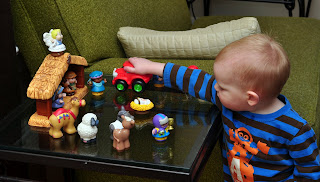 Even though our set isn't always perfect, Seth has figured out the most important part. He loves to keep Baby Jesus near. It makes our hearts swell as parents. 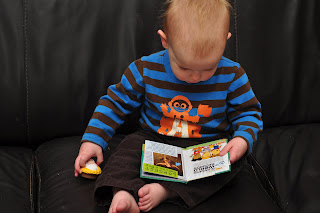 This little scene has been so meaningful this season it even inspired this year's Christmas card, so Merry Christmas from our family to yours! 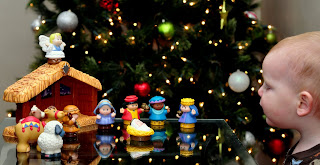 Posted by Stephanie Tillery at 7:30 AM