Playing in the Snow

It's not officially winter yet, but it sure feels like it at our house. Sunday evening we got our first "big" snow of the season. By "big" I mean between 2-3 inches. Because we have all been battling runny noses and congestion we decided to hold off playing in the snow until this morning. We stayed out about 10 minutes and probably would have stayed longer if we could have built a snowman, but it just wasn't happening with the type of snow that we got. We might go out later with some shovels and toys once Bryan gets home so that he can join in on the fun.
As for this morning, Seth just stood still for a few minutes observing the white landscape. 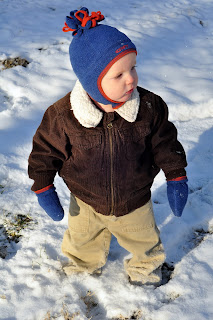 Then he decided he needed to taste the snow after our attempt at making a snowman. 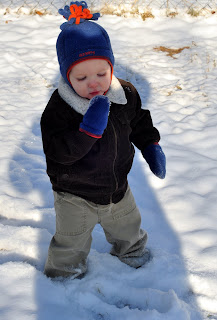 With mittens on, it was hard to pick up snow and throw, but Seth gave it his best shot. 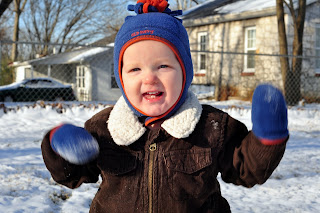 Then the smiles just kept coming... 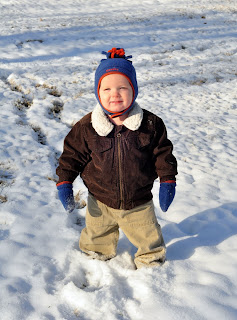 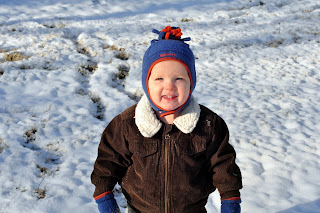 until we decided to go warm up inside.
Posted by Stephanie Tillery at 9:25 AM